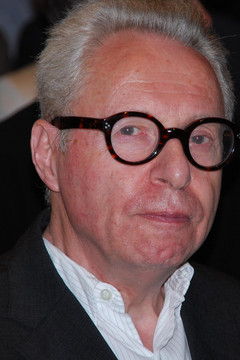 The Leipzig Gutenberg Prize for 2017 was awarded to Klaus Detjen by Leipzig's Culture Minister, Skadi Jennicke, on behalf of the Mayor, on 22 June 2017 as part of a function at the German National Library's Museum of Books and Writing. Lothar Müller from Berlin held the laudatory speech. The board of trustees, headed by Culture Minister Skadi Jennicke, recognised the works of Klaus Detjen as a book and font designer.

"Born in 1943, this manufacturer, typographer, book designer and veteran professor at the Muthesius University of Fine Arts and Design in Kiel set standards in many publishing companies through his work as a designer and manufacturer. His ability to transmit his practical experience as part of his classes was unparalleled. As such, Klaus Detjen has been among the most influential and stylistically-important players in Germany's book culture for over 40 years. [...]" 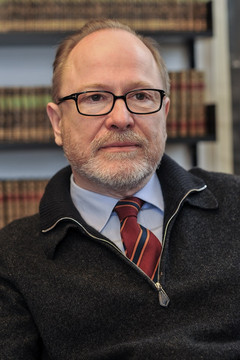 The City of Leipzig awarded the 2015 Gutenberg Prize to Jan Philipp Reemtsma. He received the prize from Leipzig's Mayor, Burkhard Jung on 26 June 2015 as part of a function at the German National Library's Museum of Books and Writing. Thedel von Wallmoden from Göttingen held the laudatory speech.

The board of trustees, headed by Culture Minister Michael Faber, recognised Jan Philipp Reemtsma's tremendous diversity in his work as a patron of the arts, a collector and steward of author's bequests from across Germany's intellectual history - in particular in the realms of literature and philosophy - an initiator of large text editions, an editor, scholar and author.

"The large editions which have so far been published under his guidance - from Christoph Martin Wieland, Arno Schmidt and Theodor W. Adorno to Walter Benjamin - fulfil extremely high graphic, typographic and aesthetic demands. They are living signs and extraordinary examples of a literary culture as envisioned by publisher Georg Joachim Göschen when he developed the prototypes at the turn of the 18th century. [...]" 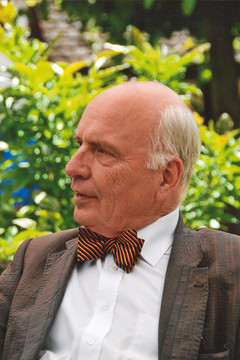 The Leipzig Gutenberg Prize for 2013 was awarded to Friedrich Pfäfflin by Leipzig's Mayor, Burkhard Jung on 20 June 2013 a part of a function at the German National Library's Museum of Books and Writing. The board of trustees, headed by Culture Minister Michael Faber, recognised Friedrich Pfäfflin's tremendous diversity in his work as a book designer, book series creator, manufacturer, typographer, exhibition organiser, literary publisher and philologist.

"His work is defined by its typographical quality combined with a willingness to experiment and a tactile adventurousness. The variety of materials used often presents a challenge, but it is also substantiated by its obvious and manifest functionality. His series of books show no evidence of self-satisfied, aesthetic idleness. On the contrary, they embody a certain textual plausibility based on literature history. [...]" 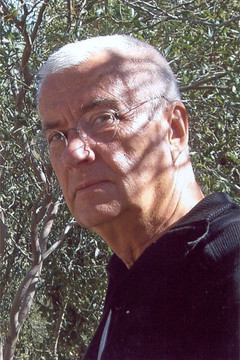 The City of Leipzig awarded the 2011 Gutenberg Prize to Karl-Georg Hirsch.

A jury convened in November 2010 under the direction of Leipzig's Minster of Culture, Michael Faber, has chosen German graphic artist and book illustrator Karl-Georg Hirsch as the 2011 laureate of the Gutenberg Prize of the City of Leipzig.

The jury recognizes the work of Karl-Georg Hirsch as a major contribution to the international visual arts in the last third of the 20th century and the first decade of the 21st century.

The Gutenberg Prize was be presented to Karl-Georg Hirsch by the mayor of Leipzig at the German National Library on June 24th, 2011. 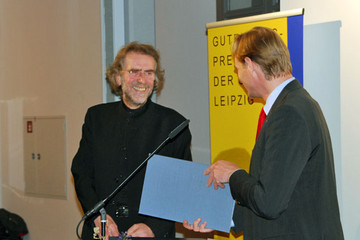 The Gutenberg Prize of Leipzig City for 2009 is being presented by Mayor Burkhard Jung to Uwe Loesch on 13 March 2009.

The Gutenberg Prize of Leipzig City has been awarded since 1959 in memory of Johannes Gutenberg and to honour personalities and institutions who "render outstanding, exemplary services to the advancement of the book arts" (as stated in the Statutes). With 10,000 euros of prize money, the award exemplifies Leipzig's tradition as a historical centre for quality print work and the fostering of book arts. Since 1993, it has alternated annually with the prize of the same name awarded by the City of Mainz. The intention is to honour exceptional artistic, technical or scientific achievements, above all in the fields of typography, book illustration, book-art editing and book production.

Uwe Loesch, born 1943 in Dresden, grew up in Jena and came to Düsseldorf in 1959, where he studied graphic design at the Peter-Behrens-Werkkunstschule from 1964-68. In 1985, he was appointed professor of multimedia design at the Fachhochschule Düsseldorf (University of Applied Science). Appointment to the chair of communication design at the Bergische University of Wuppertal followed in 1990. In book and in poster typography, Uwe Loesch has pioneered new developments in illustrative and interpretational use of typeface and convincingly demonstrated that irrespective of its inherent form, the typeface itself has its own meaningfulness through the application and mutation of typographic possibilities. This creative achievement goes hand in hand with always exciting and surprising solutions in overall design. There are few artists who place picture and text in relation to one another in a more varied or subtly diversified way.

Several of his posters have been included in the collection of the Museum of Modern Art in New York and are on show in the permanent exhibition.

The previous winners of the Prize

Preamble
The name of Gutenberg stands for outstanding endeavours in the advancement of an innovative book culture.
The Prize serves the promotion and recognition of achievements in the field of book art and at the same time, bears testimony to the traditions of Leipzig as a centre for quality print work and the fostering of book arts.
The Prize is awarded for outstanding artistic, technical or scientific achievements that set standards in the book arts – in particular in script design, typography, book illustration or book-art editing and book production.

Article 1
Every two years, Leipzig City shall award the "Gutenberg Prize of Leipzig City". This presentation shall generally be made as part of the official opening event for the Leipzig Book Fair. If the International Exhibition of Book Arts (iba) is being held in Leipzig, the Prize shall be presented at the opening of the latter.

Article 2
The Gutenberg Prize shall be awarded to personalities or institutions who or which render outstanding, exemplary services to the advancement of the book arts. Winners of the "Gutenberg Prize of Mainz City" are excluded from consideration for the award.

Article 3
The Gutenberg Prize can be divided between several recipients. It can be awarded both nationally and internationally.

Article 4
The Prize consists of a cash award of 10,000 (ten thousand) euros and a certificate.

Article 5
The Gutenberg Prize is not open for public nominations. Self-nominations of candidates are not permitted.

Article 6
The winner of the Prize shall be decided by a Committee.

Article 7
The members of the Committee are:

The Committee shall be appointed by the Councillor for Cultural Affairs for the period of one year.

Article 9
Chaired by the Councillor for Cultural Affairs, the Committee shall decide by a simply majority of votes.

Article 10
The Gutenberg Prize may be awarded to an individual/institution once only.

Article 12
Changes to these Statutes require the passage of a resolution by the Leipzig City Council Assembly.