European Charter for Equality of Women and Men

By signing the EU Charter, the city of Leipzig has committed itself to drawing up a gender equality action plan within two years and updating it every two years.
Following some lively discussions involving all the political groups, the first gender equality action plan for Leipzig was passed by a large majority in the council meeting on 11 November 2015 (with only 3 votes against and 2 abstentions). The Department for Gender Equality has the general task of implementing this policy. We, the employees, are looking forward to working with many people of like mind and facing interesting challenges.

The catalogue of measures can be viewed in the council information system under no. VI-DAS-01650.

The gender equality action plan contains the goals of the city of Leipzig, planned measures as well as the establishment of responsibilities, resources needing to be made available, a timetable and measurement parameters for the evaluation process.
The following goals for developing a gender equality action plan in Leipzig have been designated by the Mayor of the City, Burkhard Jung:

The Advisory Board for Gender Equality at the city of Leipzig formulated the first priority areas for a gender equality action plan in Leipzig:

Alongside these priorities already determined, the process of drawing up an initial gender equality action plan is an open one and new additional spheres of action may emerge during the course of this process – through input from the Advisory Board for Gender Equality, associations and many other players or local people from Leipzig, who are gradually being contacted. Become involved!  Be part of the implementation process! 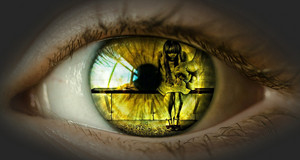 Help if domestic and sexualised violence occurs – you will find a list of the active advice centres, associations and institutions in Leipzig here.