Leipzig began flourishing 850 years ago at the crossroads of two great continental trade routes, the east–west Via Regia and the north–south Via Imperii. And Leipzig’s growth was shaped by the flows of goods, people and ideas intersecting there. Nowadays, in the early twenty-first century, far-sightedly improved roads, railways and air routes are tapping the enormous potential which Leipzig can mobilize within the expanded European Union. Efficient transport links and the seamless networking of individual modes of transport are among the key factors behind the thriving economic development of the entire region.

Milestones of infrastructure development in and around Leipzig 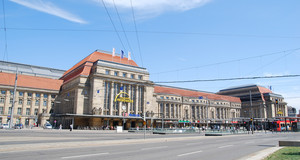