Leipzig has been a centre of sport since the beginning of the modern sports movement, and for many people in the city– whether they participate only occasionally or do so regularly, whether amateur or professional - and for all those who volunteer their services as organisers and coaches, sport is a natural and indispensable component of everyday life.

Sport is present almost everywhere in our city. It increases our vitality, helps us to become or stay healthy, increases our energy and motivation and – it brings people together. It fosters community spirit and creates a good working relationship across all differences of age, origin and social situation. Leipzig is a city of sport in many different ways. 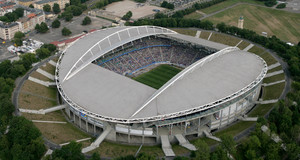 Leipzig has a huge range of places to practice sports. With the Red Bull Arena and the Arena Leipzig, the city is equipped with two big stadiums. 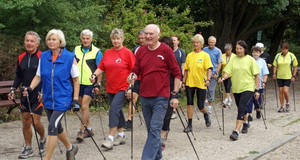 There are approx. 400 sports clubs with a totlel of over 90,000 members that keep Leipzig's sporting scene vital. 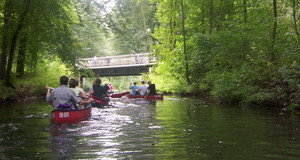 Take your bicycle and enjoy 400 kilometers of cycling paths all around Leipzig. The parks of the city have been deliberately made for running, walking or inline skating. If the water is your prefered area, visit one of Leipzigs beautiful lakes or rivers to do sailing or paddling. 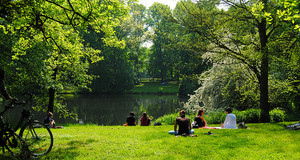 Leipzig has many forests, parks, recreational and sports facilities. Experience them! 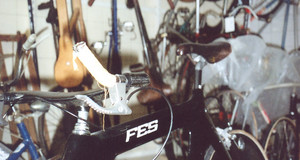 The Sports Museum in Leipzig is the historic memory of sports. You can gain an isight view in the development of sports from the past within today at the house at the Sporforum. The exhibition uses the theme "tears and triumphs" in sports history.

Sport in Leipzig - A brief Portrait 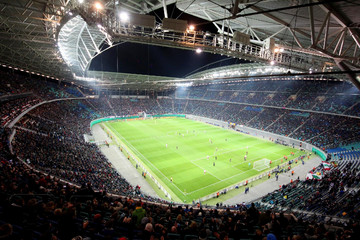 In many respects Leipzig has always played a major role in the development of sport within Germany. In 1884 the city was the founding location for the Federation of German Cyclists. Then on 28 January 1900 Leipzig's "Zum Mariengarten" inn saw the establishment of what is today - with more than six million members - the world's largest national sporting federation, Deutsche Fußball-Bund (German Football Association).

No less than 12 German national gymnastics festivals have been held in Leipzig: the first dating back to 1863, the most recent held in the year 2002. The city has also been a centre of the gymnastics movement in other ways. On 29 September 1912, stating: "May the traditional spirit of our association pervade these new rooms!", the Chairman of the German Gymnastics Federation Dr. Ferdinand Götz, a resident of Leipzig, laid the foundation stone for Germany's first multi-storey concrete gymnasium, the Leplaystraße sports hall.

After the Second World War Leipzig saw the establishment of the German College of Physical Culture (Deutsche Hochschule für Körperkultur 1954; DHfK) and the Research Institute for Physical Culture and Sport (Forschungsinstitut für Körperkultur und Sport 1969, FKS). With the 'Stadium of the Hundred Thousand' in 1956 the people of Leipzig inaugurated - on the occasion of the second German Gymnastics and Sports Festival - the city's new "Central Stadium" (now the site of the Red Bull Arena). At the 1988 Olympic Games in Seoul, Leipzig athletes won 13 Gold, 4 Silver and 5 Bronze medals.

Sport within Germany was reorganised after the country's reunification. At the location of the DHfK the University of Leipzig founded a new Faculty of Sports Sciences, while the Institute of Applied Training Science (IAT) was opened on the FKS site. Under the aegis of the Leipzig City Sports Association (Stadtsportbund Leipzig e.V.) about 85,000 Leipzig residents are organised into around 380 sports clubs - among them about 25,000 children and teenagers.

Together with the Leipzig City Sports Association and the Leipzig Olympic Training Centre, the city plans sports programmes over several years in order to provide targeted support not only for club sports but also for sport organised independently of the clubs with funding and construction operations. Major building projects include the construction of the multipurpose ARENA Leipzig facility (inauguration 2002) and today's Red Bull Arena Leipzig (inauguration 2004). Sport has also been integrated in the INSEK city-wide urban development project in the form of a special programme.