Leipzig's international reputation as a city of music is closely associated with the Gewandhaus Orchestra, which is based in the Gewandhaus concert hall on Augustusplatz. Its history began with the "Grosse Concert" ("Great Concert") of 1743. Every year, the orchestra performs in many locations in Germany and abroad. When in Leipzig, the orchestra often accompanies the St Thomas' Boys Choir in St Thomas' Church and performs in productions of the Leipzig Opera House. 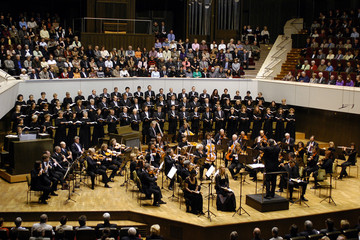 Moreover, soloists and other musicians from the Gewandhaus Orchestra play in a number of chamber music ensembles. Most renowned among them is the Gewandhaus Quartet. Founded in 1809, it is the oldest string quartet in the world. The Gewandhaus' Choir and the Children's Choir perform an extensive repertoire of classical and contemporary songs. The Mendelssohn Festival organised by the Gewandhaus presents and annual highlight in Leipzig's musical life, drawing many visitors to Leipzig to enjoy concerts, presentations and exhibitions commemorating the life and work of the great composer and musical director of the Gewandhaus.

But Leipzig's musical tradition goes back even further. There is the St. Thomas' Boys Choir which emerged from musical performances during services at Leipzig's Augustinian Canons more than 780 years ago.

Johann Sebastian Bach was its most famous choirmaster between 1723 and 1750. In his roles as musical director of church, town council and university he was effectively the musical director of the city as a whole. The Boys Choir is particularly committed to Bach's musical heritage. On Friday evenings and Saturday afternoons (except during school holidays and when the choir is on tour) the choir performs cantatas and motets at St Thomas'. The Bach Museum opposite St. Thomas' Church is dedicated to the life and work of the composer. Moreover, the museum organises serenades and chamber music concerts in its courtyard and Summer Hall.

The maintenance and commemoration of Bach's heritage in the city where he spent the most important and fruitful years of his life culminate in the annual Bach Festival held on Ascension Day.

But Leipzig's musical life is also closely connected with other great composers including Richard Wagner, Felix Mendelssohn Bartholdy, and Robert Schumann under whose influence the city's musical and opera tradition flourished.

It was especially Mendelssohn's influence, whose contributions to European musical culture and to Leipzig's that musical life can be felt in the city to this day. His final home in Goldschmidtstrasse 12 was turned into Mendelssohn House, commemorating the composer's life and work. It was in Leipzig that he founded the first German Conservatory, today's Felix Mendelssohn College of Music and Theatre. 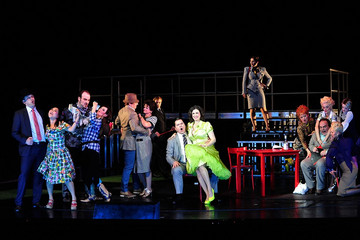 Rise and Fall of the City of Mahagonny© Oper Leipzig, Andreas Birkigt

The history of Leipzig's Opera House goes back to 1693, making it the second oldest opera house in Germany, voted "European Opera House of the Year" twice at the end of the last century. Today, Leipzig's Opera House boasts one of the best ballet companies in Europe, an opera choir, a children's choir and a ballet school. Musicals and operettas are performed in the historic Haus Dreilinden.

But Leipzig's rich choral tradition is not only reflected in professional ensembles but also in numerous amateur choirs, which perform at a variety of occasions. They include the Choir of the Monument to the Battle of the Nations and the Leipzig Synagogue Choir, which is committed to the preservation of Jewish song.

The development of modern German theatre was decisively influenced by Carolin Neuber. Neuber is considered to be one of the initiators of the non-musical, spoken-word theatre in Germany. She performed at Grosser Blumenberg on the Brühl boulevard. The Schauspiel Leipzig Centraltheater is dedicated to maintaining this tradition in its two main venues, Schauspielhaus and Neue Szene. In addition, there is one smaller venue, called "Theater hinterm Eisernen", in the Schauspielhaus. 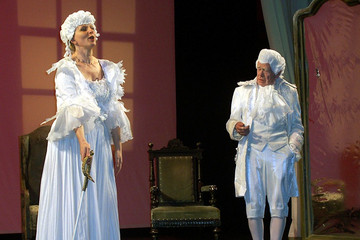 The LOFFT at Lindenauer Markt is a venue for explosive, experimental performances and avant-garde investigations into theatre aesthetics of the future. The "Büro für OFF-Theater", "theater structur focal", "Studiobühne", "Poetisches Theater" and "INSELbühne" are also part of the LOFFT. Other companies include theaterkompanieleipzig, a church-run theatre with a venue in Otto-Schill-Strasse, and theater fact, located in Barthels Hof on Hainstrasse.

euro-scene Leipzig, the festival of European contemporary theatre which takes place every November, is a crowning moment in the theatre life of the city, and a fixed asset in its events calendar.